Ok so when I thought I was getting over being sick I was really just still sick and didn’t know it. It was a pretty rough couple days but I think finally I am starting to feel like myself again. Running will resume in a couple days just trying to make sure I am 100% and don’t push it.

While being sick the Doctor (who I usually avoid at all costs) told me I just needed to rest and I would get better. I’m really not good at resting but I tried my best. I caught up on my DVR, watched multiple movies (Breaking Dawn, The Bourne Supremacy and Munich) and approximately 11 episodes of The Killing (Season 2 on Netflix). Totally hooked on that show, although it’s not better than The Americans. 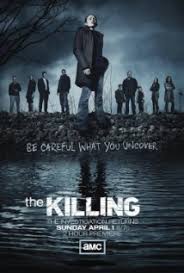 So basically that’s what I accomplish when I am sick. What do you do when you are sick? What should be on your resume that isn’t?

9 thoughts on “What I do when I am sick”

30 something wife, doxie mom and runner from Cleveland, OH. I am a marathon maniac, Boston Marathoner and an Ironman! I have completed 16 marathons (17 if you include the Ironman) and am an Official Blogger for the Rite Aid Cleveland Marathon. I am also a proud ambassador for Nuun I also enjoy traveling, my Croatian heritage, playing tambura, baking, reading, hangig out with my amazing husband Ryan and our dogs Bodhi & Bandit. Contact me at: MojaMala2blog@gmail.com