I received a lot of questions about which games were played and some of the guests wanted to know if there was a list of the answers so here you go! We played 2 quick games at the shower. One I saw on Pinterest a long time ago and pinned it to my wedding board. The other one was  newlywed style game that I loved!

Game number 1: He Said… She Said…
The idea of the game is to guess who posted what on their Facebook Page.
I’ll let you have fun guessing but the answers are at the bottom. Even Ryan and I struggled with a few.

1.) Nice 11.5 mile run done. Heading to cake tasting and then to Voodoo Brewery -Ryan or Jess
2.)Shots with the family and we’ve already had a couple beers -Ryan or Jess
3.) A sneak peek at our engagement photos from earlier today. We will have them all in two weeks!!! -Ryan or Jess
4.) Celebrating the fact that exactly 1 year from this moment, we will be married. -Ryan or Jess
5.) I think I’m done with wedding planning and just ready to marry my best friend. -Ryan or Jess
6.) Designed our wedding cake today. If you are in need of a cake go to Cakes By Maria in Eastlake. -Ryan or Jess
7.) I found my wedding gown today!!!!!!!!!! -Ryan or Jess
8.) 6 weeks ’til the big day. Picking up our wedding bands today! In the words of Nick Swisher, “Absolutely I’m excited!” -Ryan or Jess
9.) Exactly one year ago today I was a very nervous dude with a ring in his pocket. Now here we are…55 days away. -Ryan or Jess
10.) We set a date! July 27, 2013. Let the countdown begin!!! -Ryan or Jess

Game number 2: The Newleywed Shower Game
How to play: Read through the questions and take a guess on how many answers you think the bride and groom will have the same. (pick a number between 1 and 25) The groom writes all his answers down on a seperate piece of paper ahead of time and reveals them as they go.

1.) What is/was Ryan’s favorite place to hang out with you in Rocky River? 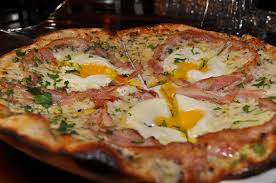 5.) If family members came to visit you in your neighborhood, what would be the one place Ryan had to take them for dinner?
I should have known this one!
Jess: Fatheads
Ryan: Deagans!

6.)Which of Ryan’s housekeeping habits drive you the most crazy?
Another one that I should have known!
Jess: Spraying too much airfreshener or spilling it
Ryan: Doing laundry too frequently
Yes it drives me crazy.

7.) What is Ryan’s favorite game to play with a group?
Jess: Umm I really don’t know the answer to this one. I don’t think we’ve ever played a game.
Ryan: Ryan hates games
Phew!

9.) Where did Ryan first tell you he loves you?
Jess: My condo
Ryan: At her condo

10.) If Ryan could relocate anywhere, where would it be?
Jess: Athens Ohio
Ryan: Athens Ohio

11.) What colors does Ryan think looks best on you?
If I would have thought about this longer I would have gotten this one.
Jess: Pink
Ryan: Purple
Purple is my least favorite color but I get tons of compliments when I actually wear it.

15.) If Ryan would have any job and money wasn’t an issue, what would he do?
Jess: Professional Runner
Ryan: Worker in a craft beer store

16.)What movie star is Ryan most like?
Jess: Matt Damon (Huge Bourne Identity fan)
Ryan: Ryan Gosling…duh! (He was kidding, but wanted to think of a popular actor who women love)

17.) What does Ryan say is the cutest thing you do without realizing it?
Jess: not showering and going out in public (probably should have kept that one to myself)
Ryan: Wearing a headband

18.) What does Ryan say is his favorite feature of yours?
Once again, I had no clue
Jess: My hair?
Ryan: EVERYTHING!
Good answer Ryan!

20:) What person, character, or sound does Ryan best do an impersonation of?
Jess: Kiley and Booms from 92.3
Ryan: Jess
This is very true. I say things at home and Ryan is constantly impersonating me.

24:) Where did you and Ryan have you first kiss?
Jess: At my condo, after our 2nd date
Ryan: At Jess’s condo

25.) What did Ryan say he’s most excited about being married to you?
Jess: Being married to me!
Ryan: Getting to be with someone who he is so in love with every day.

I think I got 14 right? But it was a ton of fun and I had a great time playing!

I think that’s enough with the bridal shower posts. Only 30 more days til I can start the wedding day posts 😉

30 something wife, doxie mom and runner from Cleveland, OH. I am a marathon maniac, Boston Marathoner and an Ironman! I have completed 16 marathons (17 if you include the Ironman) and am an Official Blogger for the Rite Aid Cleveland Marathon. I am also a proud ambassador for Nuun I also enjoy traveling, my Croatian heritage, playing tambura, baking, reading, hangig out with my amazing husband Ryan and our dogs Bodhi & Bandit. Contact me at: MojaMala2blog@gmail.com